Eagles Tabernacle is mobilizing God’s agenda across the nations 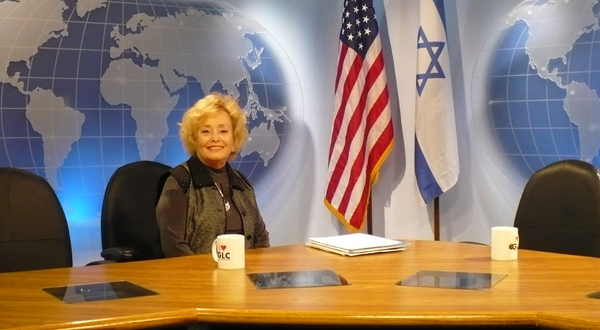 In 2005, Elaine was commissioned by the Lord to move to Dallas, Texas to establish a centrally located Eagles Headquarters. She was later approached by a presbytery of regional leaders who recognized her place of leadership in the Body of Christ and commissioned her as an Apostle. She is recognized as a leader of leaders, and as one who has been sent by the Lord to the Dallas-Ft. Worth area, to America and to the nations. She ministers ‘glocally’ – locally and globally – to stir hearts and draw believers closer to God, strengthening their commitment to Jesus Christ and building the Kingdom.

Commissioned to establish Altars of Prayer:

Elaine has a unique anointing to help both individual believers and corporate bodies to establish altars of fervent prayer that truly open the heavens so that the living Christ can be encountered. Elaine has a unique and powerful governmental anointing and authority to pray for our nation and its leadership. Having been married to a military officer who moved frequently, the Lord has imparted to her a genuine love for all cultures and nations, and she prays with deep fervor for all the peoples of the earth. Eagles is working toward establishing “houses of prayer”wherever possible.

Rev. Elaine has many, many spiritual children! They are a very diverse group of people, but the one thing they have in common is their passion for Christ. It’s not an easy task, but somehow Elaine remains available as a mother / leader / mentor to many across the globe while at the same time convening and hosting Eagle gatherings.

Elaine invites you to join Eagles as they pray for Dallas-Ft. Worth, for America and for the nations of the world. Eagles also wants to stand with you in prayer through our prayer requests page.